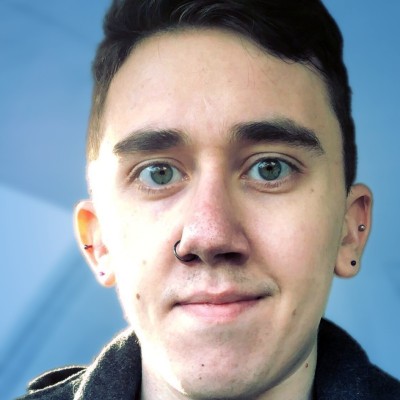 Heroku's varied and often platform-specific ways of deploying your application can make it difficult to understand the best way to migrate to another Platform as a Service. We're offering this guide to help you understand the flexible options you have for migrating an application from Heroku to Aptible.

Not only does Aptible make managing application infrastructure easier, but it also unlocks turnkey security & compliance benefits. When you’re ready to launch your application, you can deploy a dedicated stack with configuration monitoring and recommendations for further improvement surfaced directly in the Aptible Dashboard.

The guide will help you migrate your Heroku app and Postgres database to Aptible, and we'll provide specific advice for migrating from each of Heroku's deployment options.

Not migrating from Heroku? Here's how you can get started with Aptible.

Migrating your application from Heroku to Aptible by deploying via Git is the simplest method, but it only works for some deployment scenarios. Let's have a look at the changes that need to be made to Heroku's python-getting-started sample application to deploy it on Aptible.

There are a few files in that repository that control how the application is deployed to Heroku:

In contrast, Aptible allows you to have direct control over how your application is built and deployed. Compare the files above with the values defined in this example Dockerfile for deploying Django sites to Aptible:

The Dockerfile above takes over the responsibilities of the Procfile, app.json, and runtime.txt files:

It's important to note that while a Procfile is not needed to deploy to Aptible, they are still supported. Have a look at Defining Services to understand the difference between running an implicit service with Docker's CMD instruction and declaring an explicit service with Procfiles.

Also note that while Heroku uses Profiles to define releases phases, you can accomplish similar results by the addition of an .aptible.yml file to define a before_release configuration.

Once you understand the relationship between Heroku's configuration files and Aptible's Dockerfile deployments, you can follow our Python Quickstart Guide to deploy your application on Aptible, and you can review the database migration section below to understand how to get your data out of Heroku.

This is Heroku's sample configuration for their GitHub Action. To use the Action, you must have a Dockerfile in your project containing a CMD instruction, which Heroku uses to build the image and deploy the web server to their platform.

If you are using a private registry, you can set up Private Registry Authentication once ahead of time using the Aptible CLI.

As you can see from the examples above, the usage of each GitHub Action is quite similar. The primary difference between them today is that Aptible requires your Docker image to be built beforehand, something which can also be handled with GitHub Actions!

If you're used to deploying your application directly with Docker via the Heroku container registry, the process for deploying Docker applications on Aptible will probably feel familiar to you.

This section will walk you through how your existing Heroku deployment workflow translates to Direct Docker Image Deploy using Aptible. We will be using this nginx Heroku repo as the starting point of the application we want to migrate to Aptible.

To deploy a Docker image to Heroku, you can run the commands below, assuming that you have properly configured your app.json file containing the name of the app:

To deploy a Docker image to Aptible, you may choose any registry to host your container images. In this example, we will use hub.docker.com as our container registry.

There are subtle differences between the two platforms. Aptible does not have an app.json equivalent that specifies the app's name, instead specifying this as a command-line argument. We also do not host our own Docker registry directly, but you may host your container images in any registry, such as Docker Hub or the GitHub Container Registry.

If you would like to use a private image registry, we have special flags to support that use case.

See aptible deploy docs for more information about our options.

If your app is normally deployed using Heroku's Terraform provider, there are some key differences to keep in mind when migrating an app from Heroku to Aptible.

Aptible's Terraform provider implementation is focused on the functions necessary for managing the lifecycle of your deployment, so you will need to set up users and provision your environment through other methods. Your provisioned environment is then exposed to Terraform via the aptible_environment Data Source.

The Aptible Terraform provider requires Direct Docker Image Deployment, so you will need to first build and push your app's image to a Docker registry.

As the starting point for the application we want to migrate from Heroku, let's look at the example application from HashiCorp's "Deploy, Manage, and Scale an Application on Heroku".

An application can be deployed in the same way on Aptible with a similar configuration:

Let's walk through a bit of what is happening here.

First, we're defining an environment variable with the name of the Docker image to use (see the Aptible Terraform guide for information about using private registries).

Next, to scale the application, we define a service block which specifies the scaling and memory limits per container (memory limits are set directly - 512MB would be equivalent to the "Standard-1x").

Next, we're explicitly defining an endpoint

The options selected will output a default domain - comparable to the Heroku domain. Note that the endpoint should point (via container_port) to a port that is contained in your container's EXPOSE directive. The process_type should match either your Procfile defined in your container or be set to "cmd" if using the Dockerfile's CMD instruction directly.

Configuring Terraform for the Database

This automatically injects a DATABASE_URL environment variable into the application with the properly formatted connection URL. On the Aptible side, we require more explicit configuration:

Migrating a PostgreSQL Database from Heroku

There are multiple ways to create a database on Aptible, and this is most commonly done via the web interface or the command line. When creating your database remember to allocate enough space for the database you want to restore—the backup itself doesn't include the database's indexes (which will be generated upon restoration), so ensure that you select enough space to have a solid margin for new data.

We need three command-line tools before we can begin:

On MacOS these can all be installed using Homebrew:

You also need to be logged in to both Heroku and Aptible.

We can begin by creating a basic database deployment using the db:create CLI command.

We built aptstract to simplify the process of migrating data to Aptible from other services.

Head to the Aptstract Latest Release Page and download the aptstract.pex file. Then open a terminal in the same folder as aptstract.pex and run the following commands.

Now you can use the aptstract utility while inside of this folder.

You can also install directly from the aptstract Github repository.

For applications with a single database, provide the name of the Heroku App:

If your application has multiple databases, they can be retrieved by name:

Database files will be placed inside the backups folder of your current working directory.

Now we're ready to restore the backup to the Aptible database we created earlier:

Here's an example with all the pieces put together:

You can run the entire process above with a single interactive command.

Since this is an interactive command you should avoid using it inside of other scripts, instead using the individual fetch and restore commands.

If the application only has a single database you only need to specify an application.

If the application has multiple databases, you will need to supply a database name as well.

Now, you can download the backup. By default, the most recent backup will be downloaded.

In another shell, create a database tunnel to Aptible.

Keep that shell open as it maintains your connection to the database. You will need the values supplied in the next step.

Next, we run the restore itself. Swap the placeholder values with the values from the db tunnel command.

You will be prompted for a password, which will be the one provided when you opened the tunnel. Once the password is supplied, the restore should begin.

Once the restore has completed you can close your database tunnel and that shell.

Which method should I choose for deployment?

While there are many options, your choice of method should consider your requirements, your resources, and your current deployment process. Deploying with Git is the most common and is often leveraged for simplicity—especially if you’re just getting started! Of course, many of our customers love deploying to Docker with the Aptible GitHub Action.

Ready to get started?

Create your free account loaded with $500 in credits and deploy securely in 5 minutes or less.